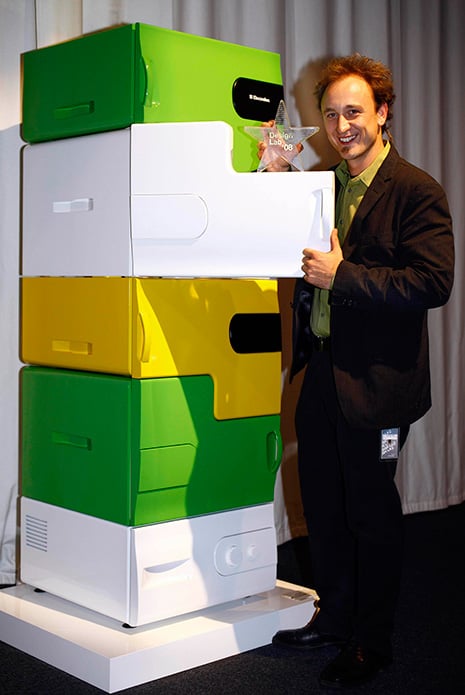 Just a few minutes ago the winner of Electrolux Design Lab 2008 has been announced. The Flatshare fridge, with separate, portable modules powered by a single base station has won first prize in the Electrolux Design Lab 2008 competition. Conceived by Stefan Buchberger of the University of Applied Arts in Vienna, Flatshare also won the media award and the people’s choice award. iBasket, the transparent clothes hamper that automatically starts a wash load when it fills up, came in second. It was designed by Guopeng Liang, from Tongji University in China. Coox, the portable, adaptable cooker, by Antoine Lebrun of L’École de Design Nantes L’Atlantique, in France, took third place.