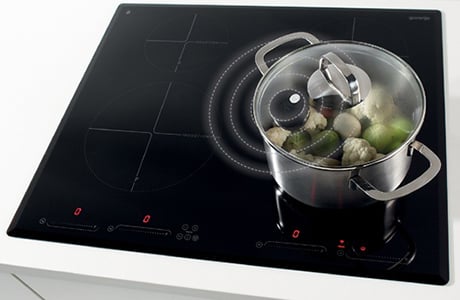 The Gorenje IQcook hob is the world first induction hob that will timely adjust the power to avoid boiling over, burning and or overcooking. You have 100% automatic control over cooking process with IQ sensors. Moreover, IQcook hob intelligent preset cooking modes that include the unique IQsteam mode for healthy steam cooking, greatly simplify the preparation of many popular dishes, completely changing the way you want to cook, while emphasising the trend towards an easier and healthy eating.

The intelligent and highly sensitive Gorenje IQ Sensors are built into each cooking zone of the hob, automatically adjusting the operation of the hob and eliminating the need for continuous manual control of the cooking process. Based on Gorenje new generation of XtremePower induction hobs that are equipped with sensor technology for safe, controlled cooking and deliver remarkable cooking power, IQcook smart technology goes further and makes cooking easy with 5 preset cooking and frying modes. 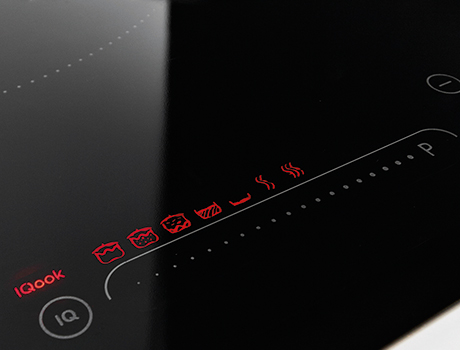 IQsteam is a healthy steam cooking which preserves nutrients and vitamins, using very little additional water, resulting in perfectly cooked food that retains its natural colour, juices, and flavour.
IQboil uses plenty of water – for dishes that do require more water, like soup and pasta, bringing contents of the pot to the boil and then maintaining boiling temperature via communication with the IQ sensors.
IQpro is a slow cooking, light boiling mode, adapted for dishes that require longer cooking times, such as goulashes, eggs, rice, quinoa and also good for reheating previously prepared and pre-cooked food.
IQfry is the frying mode is used with larger amounts of oil for frying doughnuts, french fries and other deep-fry dishes.
IQgrill allows you to select how well done the meats or fish are, with Low, Medium and High presets for even and juicy meals.
In addition, Gorenje IQcook hob features the patented SmartSense safety function, which prevents food from boiling over or burning. If the water evaporates entirely from the pot or pan, SmartSense automatically switches the hob off. And you can forget about tedious cooktop cleanup because dishes will never boil over again. Gorenje.

Thermador introduces its latest kitchen advancement that will again enable the culinary enthusiast to cook beyond convention – the Thermador Freedom induction cooktop. The new Read More