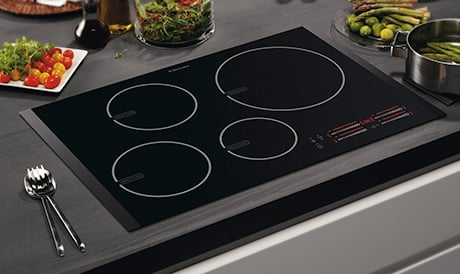 The 80cm wide EHD80170P is sleek induction hob by Electrolux, featuring 4 induction zones with touch controls and individual zone timers. The extra large induction zone makes it very user-friendly and there is a useful booster setting for fast cooking. The auto heat up brings food to the boil and automatically reduces it to a preselected level for ease of use. Fast and safe, the induction hob uses an electromagnetic coil beneath the cooking zones to create an induction field which heats the metal pan on the hob. As heat is not used, the hob itself never gets hot, only the pan. The benefits of induction cooking are many, such as instant heat and unrivalled speed with water reaching boiling temperature 3 times quicker. Induction hob is also highly responsive and can move from low to high temperature very quickly. And it is safer, energy efficient and is easy to clean as nothing bakes on. 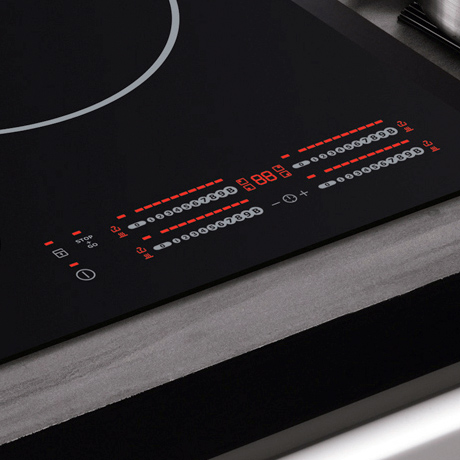 Made for modern kitchens, the new induction cooktop from Electrolux reflects latest European trends and tastes of today most demanding consumers. With their busy daily Read More

The new Soft Line of gas cooktops with front positioned control knobs will be available in 90, 75 and 60 cm widths. Planned in several Read More

As you can see from the previous Teka cooktop review, we do like them. The GKST 90 DBM Profi is one versatile electric cooktop, featuring Read More

Teka cooktops come in all shapes and sizes, different finishes, trims and styles. This cooktop review touches gas, electric and induction hobs, but with only Read More

Like all appliances by Alpes Inox, the stainless steel gas and electric cooktops are made to the highest professional standard. Crafted from superior quality 19/10 Read More

This 2.0 kW induction plate is a little powerhouse that allows you to have induction cooking anywhere you can plug it in. Blue Two plate Read More