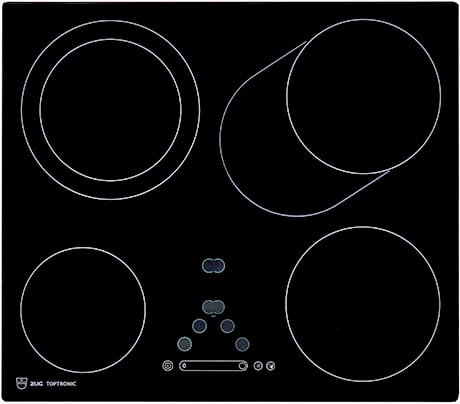 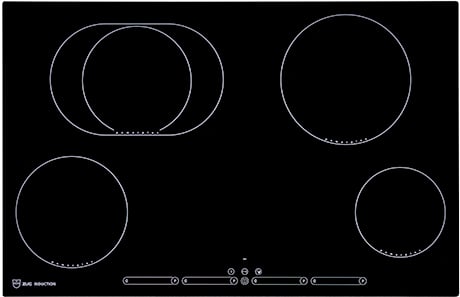 V-ZUG GK46TIABS
In addition, the induction cooktops are equipped with a timing device which allows you to monitor the cooking zones. It automatically shuts off the cooking zone after a certain operating time, depending on the power level set. Other highlights include Pause Button which lets you temporarily switch all the cooking zones to power level 1 for up to 10 minutes, Cleaning Lock which prevents accidental change of the power level when you are wiping the control panel and Restore Function which restores the settings in just 6 seconds in case of accidental switch off.
The GK46TIABS induction cooktop also features the Warming Level function that keeps cooked food warm at around 65°C and Powerplus that makes the selected cooking zone work with an extra high power level for 10 minutes, returning afterwards automatically to power level 9. V-ZUG.
Previously,
V-ZUG compact oven
Induction hob

The new Zanussi ZIE6004F induction cooktop is packed with great features and you will love its speed and controllability. Main benefits of the 60cm wide Read More

CDS-Design of Munich, Germany, builds their ultra-slim built-in teppan grills with the environment in mind. These eye-catching teppanyaki griddles are made from 60-80% reclaimed and Read More

The stained glass single burner hobs from Whirlpool allow complete customization of your cooking surface. The 40cm square hobs are made of tempered glass that Read More