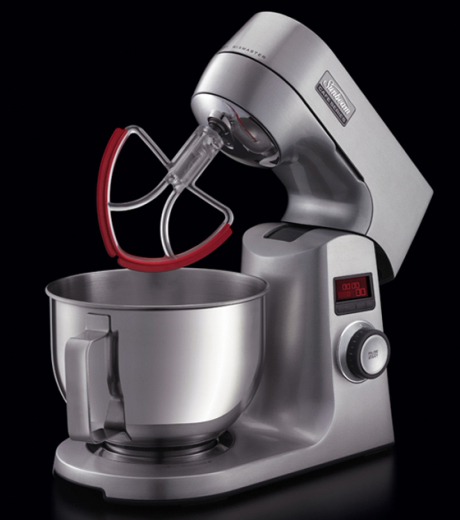 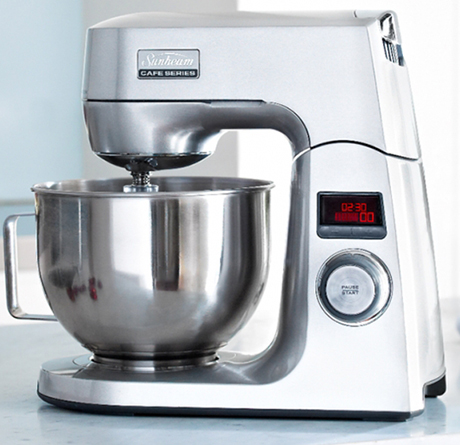 Sunbeam planetary Mixmaster allows you to check on mixing progress or add ingredients at a specific time – its LCD timer function can be set to count up or down as needed. When the time has completed, the mixing action will automatically stop. The LCD screen also shows the mixing speed. When the Mixmaster is not in use, the in-built timer can be used as a kitchen timer, up to 90 minutes. 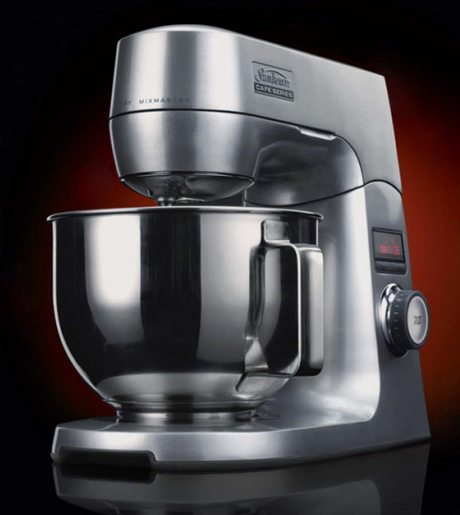 The patented Instant Pause function can be activated by the button, located in the middle of the dial. You can stop the mixing action with one quick touch to add ingredients or check on the mixing results. If you repress the pause button, Mixmaster resumes mixing with the same speed and time settings as before stoppage. 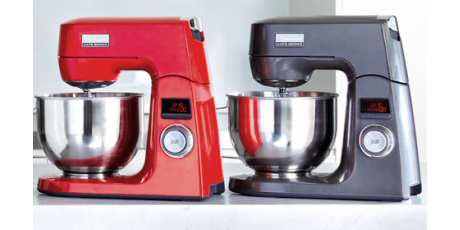 Sunbeam Head Release function lifts the mixing head when you press the large button which is conveniently located on the back corner of the mixer. The mixer head can be easily released and lifted with one hand, due to the strong hinge that easily takes the weight of the motor. Lifting the head during the mixing, shuts motor power. In addition, a in-built safety switch ensures that the mixer only starts when the head is tilted downwards and securely locked in. 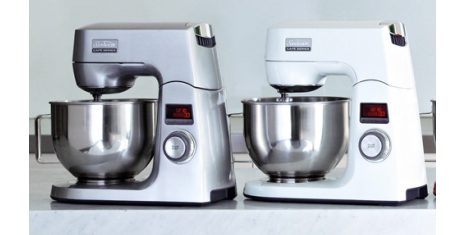 With its extra wide feed chute, the 2.0 kW Breville Kitchen Wizz Pro food processor takes food of all kinds and sizes, enabling you to Read More

A hand mixer must be easy to handle and use, and it must be quiet. These requirements top the consumer list of demands and AEG Read More

If you are looking for an affordable and powerful blending performance, you can not go wrong with the stylish VillaWare blender. Elegant, yet very strong, Read More

If you want solid, professional quality mixer, without digging too deep into your wallet, the new Electrolux Ultramix Pro is certainly worth looking at. Developed Read More

The new planetary Breville Wizz mixer comes in cherry, cream and liquorice finishes, and proves the point that planetary mixers were invented to take the Read More