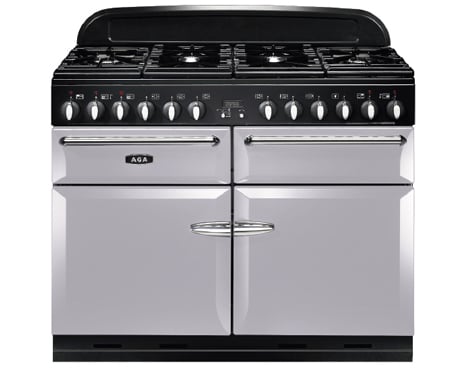 AGA launched the classic range cooker, new Masterchef XL cooker. This new range has the stunning good looks you would expect from AGA, and state of the art features to ensure the very best cooking performance.
AGA Masterchef XL cooker is available in two models. The first is dual-fuel with electric ovens and a six-burner gas hob. The second is an all-electric model with a five-zone induction hob. The Masterchef XL is the first cooker from AGA to feature an induction hob. 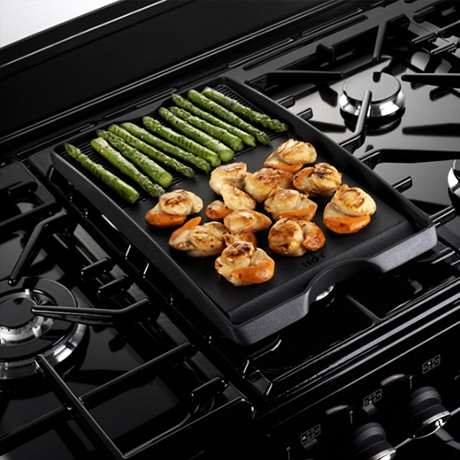 Good things come in big packages and that is certainly true when it comes to cooking. If you like the AGA range with four ovens Read More

Aga makes this high-end cooker in either gas or electric configuration. The classic Aga cooker with gas intake has become synonymous with the company. The Read More

Rayburn Cookmaster XT is carefully crafted by Aga to blend the traditional solid design and workmanlike performance that Aga ranges are famous for, with elegance Read More

Expressive in style and function, and developed for aspiring chefs who want to dabble in international cuisine, the professionally styled 100cm wide Bosch range, the Read More

Designed to meet the needs of the most passionate and discerning of home cooks, the modern 48-inch Thermador Pro Grand Steam range offers the ultimate Read More

Stoves is expanding its popular Mini Range collection with the addition of the contemporary Sterling aesthetic range cookers. Ideal for those who love range cookers Read More

The stunning classic cooking ranges from Officine Gullo Home Professional Kitchen are engineered to impress. The goal is quite simple – allow you to prepare Read More