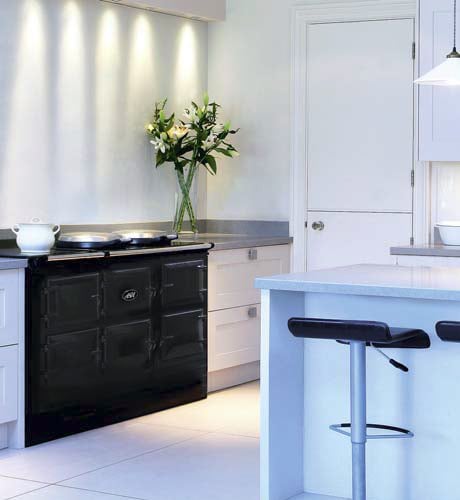 Good things come in big packages and that is certainly true when it comes to cooking. If you like the AGA range with four ovens but it isn’t enough, you can now get for the first time ever an AGA cooker with five ovens. Want even more? With the addition of a module this new AGA range can have up to seven ovens. And thanks to the new AGA in-room venting technology, an AGA cooker can now sit anywhere in the kitchen, even within an island. 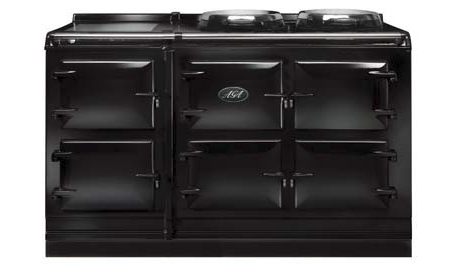 The new launch follows hot on the heels of the runaway success of the first ever on/off AGA cooker, AGA Total Control and the remotely operable AGA iTotal Control. The addition of five-oven ranges means there truly is an AGA cooker for everyone.
These new ranges are the result of many years research, and simple controls allow you to choose which part of the cooker is on, ensuring no energy is used unnecessarily and that delicious AGA food is available at the touch of a button. The 5-oven range cookers are ideal for passionate cooks, those with a large kitchen, owners of 4-oven AGA cookers who wish to replace their existing cooker, as they occupy the same footprint, or anyone who loves the versatility of a larger AGA cooker.
The five ovens are Roasting, Baking, Warming, Simmering and Slow Cooking. The exciting addition of a slow cooking oven makes this new range is perfect for those with a large family or anyone who simply loves to cook. The slow cooking oven is ideal for dishes such as shoulder or leg of lamb, steamed puddings, casseroles and stocks.
The slow cooking oven and the warming oven operate together via a switch on the cooker. And as well as the two hotplates, there is a useful warming plate.
The roasting oven, baking oven and simmering oven can be operated independently of each other, as can each of the two hotplates. These can also be controlled via a remote control, the integral touch-screen panel or – in the case of iTotal Control model – with a PC or tablet or via a mobile phone using text or the AGA app.
The all new 5-oven AGA Total Control and 5-oven AGA iTotal Control are available in 11 colours and prices start at £11,895.

Aga makes this high-end cooker in either gas or electric configuration. The classic Aga cooker with gas intake has become synonymous with the company. The Read More

Rayburn Cookmaster XT is carefully crafted by Aga to blend the traditional solid design and workmanlike performance that Aga ranges are famous for, with elegance Read More

If the space allows, you may want to look at this classically styled 60″ wide dual fuel double oven range from ILVE Majestic Series. Depending Read More

Capital Cooking is debuting its new dual fuel range cookers at the 2012 KBIS which runs from April 24 to April 26. The new dual Read More