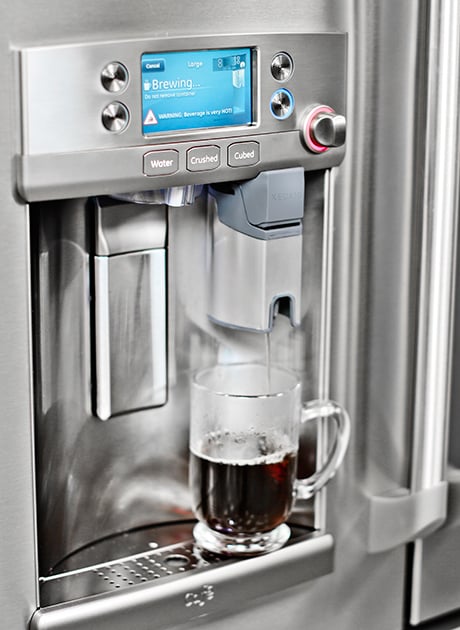 No matter how you prefer your cup of coffee, there’s no denying the single-serve brewing trend is piping-hot. According to a 2014 National Coffee Association coffee drinking trends survey, 29% of respondents who drank coffee said they used a single-cup brewer, up nearly 50% from the previous year. Brewing at home is about to become even more appealing as GE introduces an industry first: the GE Café Series refrigerator with Keurig K-Cup Brewing System. 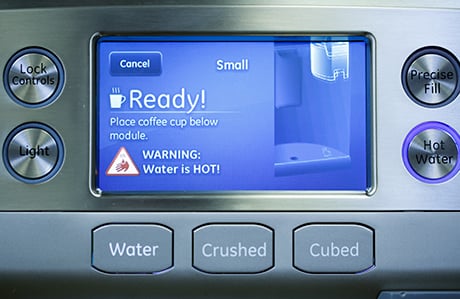 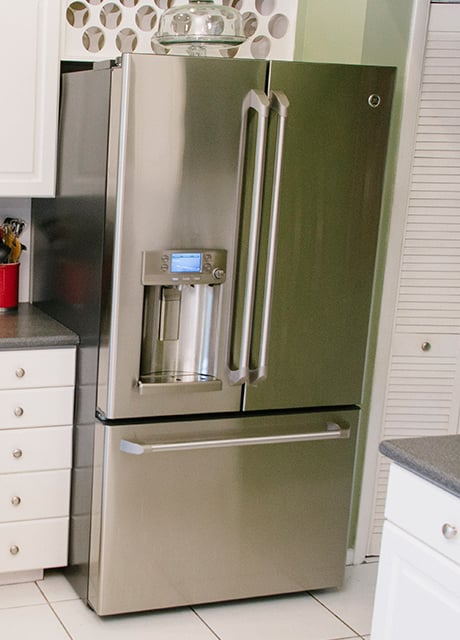 The key features of the new GE Café refrigerator with Keurig K-Cup Brewing System include,
– fresh, filtered water every time with no need to refill
– the built-in system frees up counter space, something that’s a premium in many kitchens, and the Keurig K-Cup brewer is dishwasher safe
– first-of-its-kind water filtration system, tested and verified by an independent third party to remove 98% of 5 trace pharmaceuticals from water
– GE connected technology, allowing consumers to preset the brew time via their mobile device so the water in the reservoir is ready and waiting
– water dispensing flow rate and temperature designed to make the optimal cup of coffee, tea or other single-serve beverages
– Energy Star certification, meeting minimum efficiency standards for refrigerators and freezers and using as much energy as a cell phone does to charge overnight
– opportunity to brew over 400 varieties of Keurig K-Cup beverages from 60+ major brands, including the top 10 best-selling coffee brands in America, including: Folgers, Maxwell House, Starbucks, Dunkin’ Donuts, Eight O’Clock, Community Coffee, and Peet’s Coffee and Tea
Made in Louisville, Kentucky, the Café French door refrigerator with single-serve Keurig K-Cup brewing system will be available in stainless steel. With an MSRP of $3,300, it will be available in the 3rd quarter of 2015 wherever appliances are sold. GE Appliances.

GE is about to offer new 29 cubic foot American-made French Door refrigerators. Featuring the most advanced ice and water technology on the market today, Read More

New GE Profile and GE Cafe bottom-freezer refrigerators not only help preserve your favorite foods for home cooking, they also make it easier than ever Read More

This elegant GE Profile Energy Star refrigerator (PFS22SISSS) is perfect for a small scale kitchen or the kitchen with a center island. Like all GE Read More

There is a trend in high-end refrigeration, the 4-door convertible fridge freezers designed to respond to changing needs of a modern family, while still providing Read More